METALCASTELLO AMONG THE 150 EXCELLENCES OF BOLOGNESE ENTREPRENEURSHIP 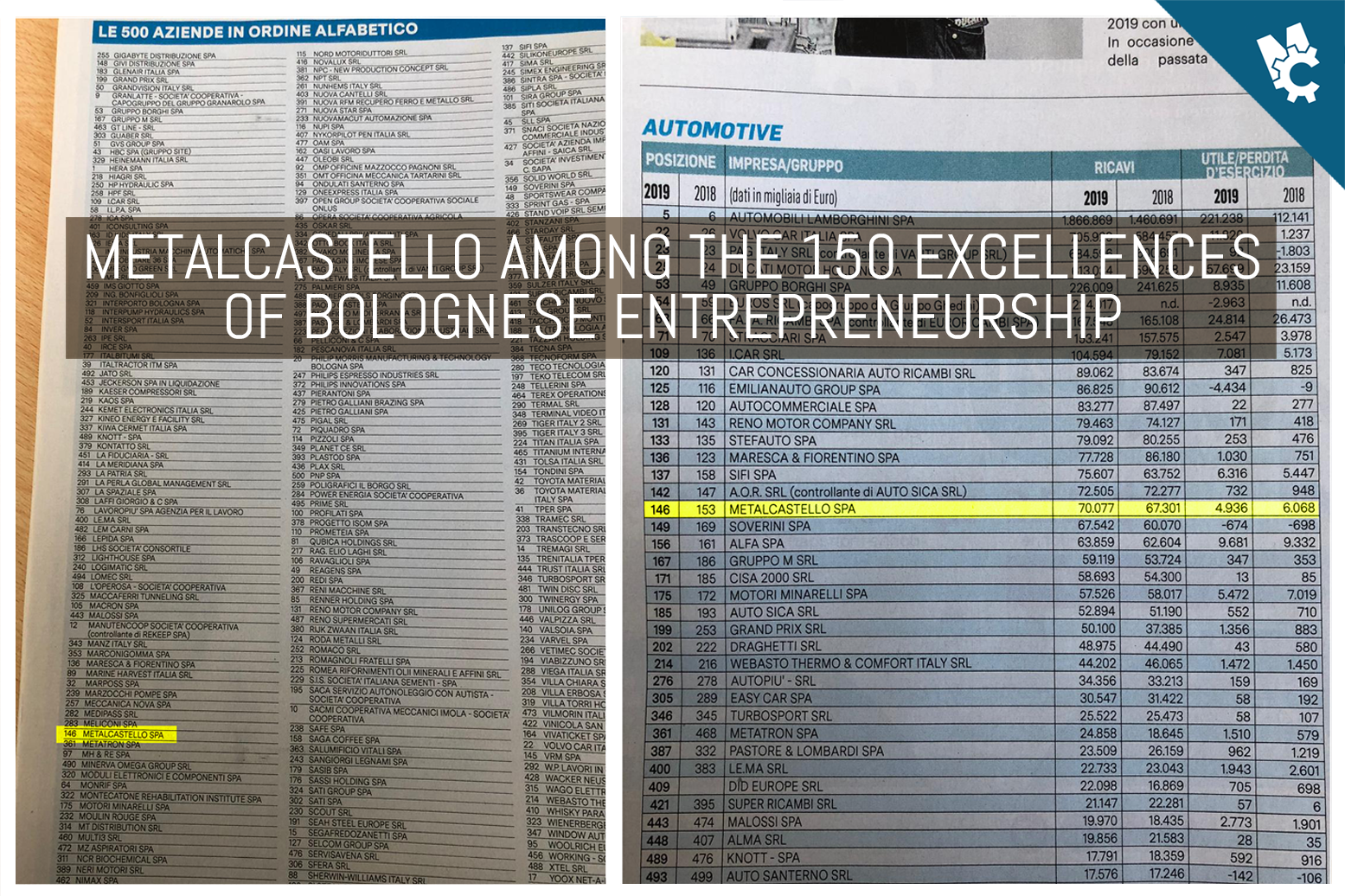 Significant numbers come once again to support the path undertaken by Metalcastello Spa, which has never slowed down its rise. Indeed, the company of Castel di Casio has produced a significant leap forward in the list of the “TOP 500” enterprises of the territory of the Metropolitan City of Bologna.