METALCASTELLO REWARDS THE CHILDREN OF EMPLOYEES WHO OBTAIN A UNIVERSITY DEGREE

Another important step in the project for the cultural growth of the territory and corporate welfare that METALCASTELLO is pursuing with determination: the company from Castel di Casio, world leader in the production of gears for mechanical transmissions and flagship of the CIE Automotive group, the Spanish colossus that is one of the largest companies in the world in the automotive components sector, has decided to give a scholarship to all children of employees who have successfully completed their education with a university degree. The company's CEO, Stefano Scutigliani, personally rewarded the graduates (in all, a dozen students) during the course of a short and meaningful ceremony, with a scholarship that is in fact a reimbursement of the costs incurred by the families of the young graduates to allow them to continue their studies.

For some of them, Metalcastello also formed part of their training, thanks to periods of internship. In the words of Lorenzo, who graduated in Electrical and Electronic Engineering from Imperial College London: “I learned a great deal at Metalcastello, working for a period in the mechanical workshop. It was my first work experience, between high school and university. I left Bologna at six o'clock in the morning to arrive on time at eight. I saw all the departments and understood for the first time how a company works. It was here that I learned the value of sacrifice and the strength of teamwork”.

“My ambition is to expand my professional experience abroad", explains Giada, who graduated in Economy & Finance from the University of Bologna. “The goal for the future is to have a tangible impact on the company I work for, creating an empathetic and supportive environment. I worked for a while in Metalcastello and acquired values such as team spirit, determination and dedication to work. My father, who has worked for the company for many years, is an example to follow”.

“My internship in Metalcastello was important" adds Eugenio, who graduated in Public Communication and Business,“It allowed me to enter the world of work and made me grow on both a human and professional level. Today I feel more mature and I will not forget values such as teamwork, which stands out in every situation and makes everyone participate in the goal that the company has set itself”.

Valentina has a degree in Technical and Psychological Sciences: “I would now like to continue my studies in the field of neuroscience with the aim of becoming a psychologist. I did an internship at the Terme di Porretta. Many of my relatives have worked in Metalcastello, indeed my dad still works there, and they talk to me about an environment that makes workers grow, giving them satisfaction by putting a great deal of emphasis on team spirit. This award is an excellent gesture towards young people who are trying to build a future”.

Now it is the turn of Silvia, who graduated in Anthropology, Oriental Religions and Civilisations: “I've been working in sales and marketing. I had my first work experience at Metalcastello which gave me a chance to work in different teams with a spirit of sacrifice and perseverance”.

“I intend to continue my studies and my ambition is to become a teacher", adds Serena, who graduated in Foreign Languages and Literature. “I am currently working at Rocchetta Mattei, but my father has always worked at Metalcastello and is very attached to this environment. When he talks about it, it is always very obvious that he devotes a great deal of passion to his job. I am honoured to have received this award. If I had to define the spirit of Metalcastello in one word, I have no doubt what it would be: perseverance”.

Nausica graduated as a Social and Cultural Educator. “I work in a day centre for disabled people with medium-to-high severity handicaps. My dad has been working at Metalcastello for years and he talks about it as one big family rather than a place of work. I often hear him discussing things with his colleagues: team spirit is undoubtedly the key to the company's success”.

“A company's growth”, comments the CEO Stefano Scutigliani, “also depends on cultural and professional growth and general development of the territory of which it is part. Paying this type of expense refund is a small but concrete gesture of support for the families of our employees, who with their production capacity and professionalism project the company's name beyond the borders of the province, from the Apennines to the rest of the world.”

For Metalcastello, development requires education, innovation and support for the new generations. This is why the company will join the Technical Culture Festival, whose eighth edition will be staged from 20 October to 16 December, an event conceived for the promotion and enhancement of technical, technological and scientific education and training; a project promoted, supported and coordinated from a technical point of view by the Municipality of Bologna and the Metropolitan City of Bologna. 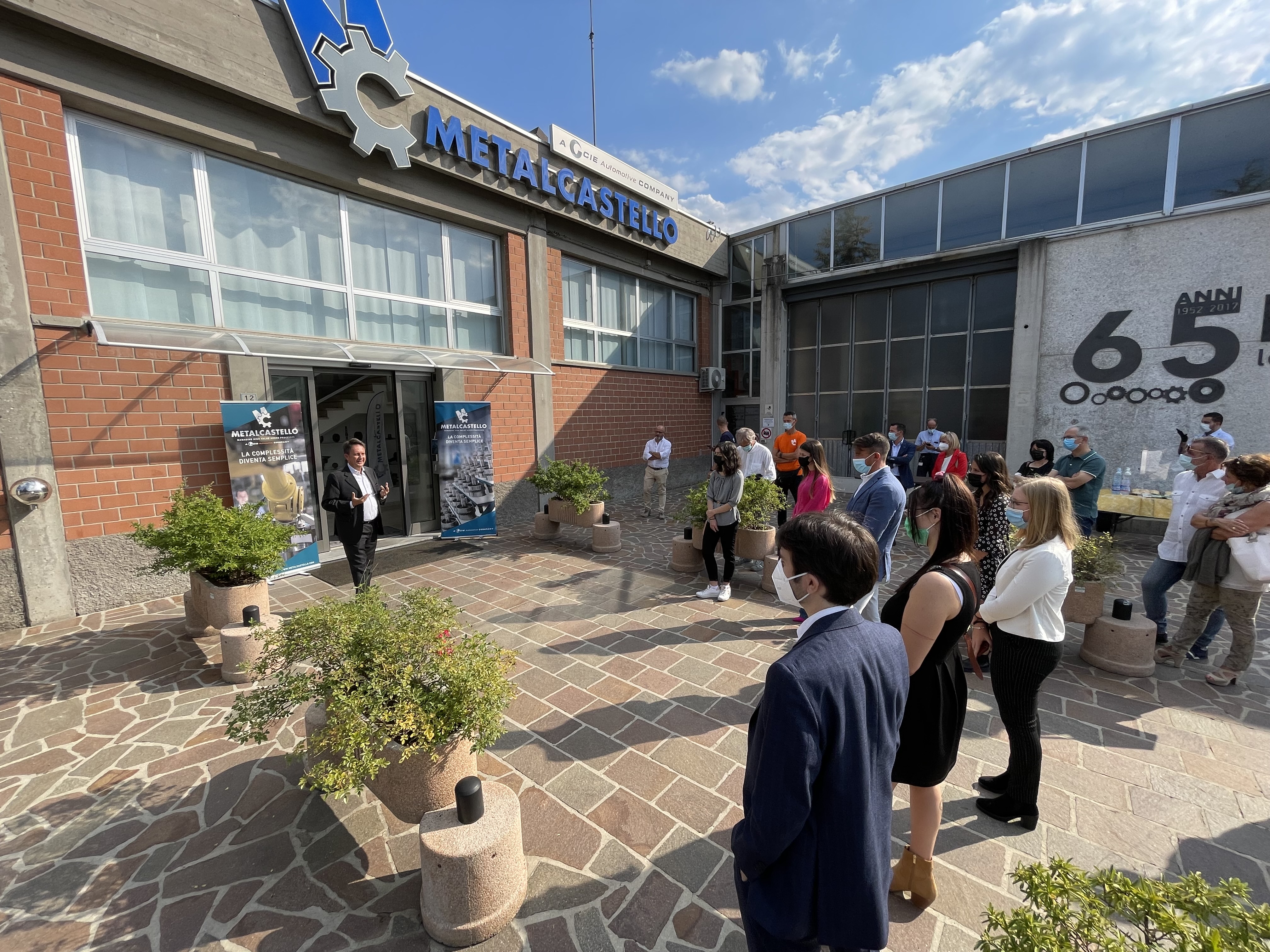