METALCASTELLO EMBRACES THE MUSIC OF THE "PORRETTA SOUL FESTIVAL” 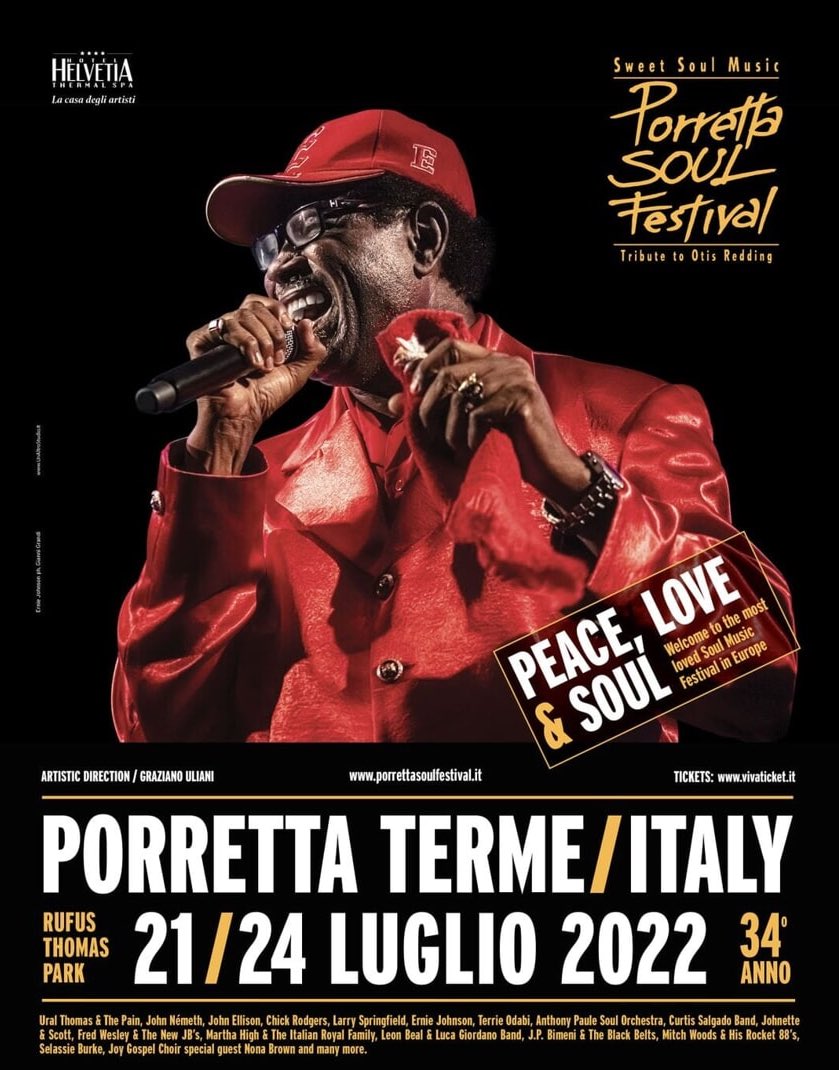 Porretta Terme returns to the heart of great international music. It takes place from today to 24 July thanks to the Porretta Soul Festival, the superb event that has brought the giants of soul music to the Apennines since 1988, thanks to a brilliant invention by its patron, Graziano Uliani.

Being deeply rooted in the territory since its inception and sensitive to any initiative aimed at enhancing its potential, Metalcastello has long supported this event, which has made Porretta Terme the European capital for lovers of this type of music.

The festival was only interrupted once in 2020 due to the pandemic, but it started again immediately last year with a winter edition. It will now celebrate its 34th edition, gravitating around the large park dedicated to Rufus Thomas and overflowing into the streets and pubs of the centre; also thanks to the Streetfood Village, which from 11 in the morning until late at night, will offer traditional, genuine street food from a variety of kiosks.

Graziano Uliani breathed life into his passionate dream by bringing a giant of the calibre of Solomon Burke to Porretta in 1988. Since then, the festival stage has seen Rufus Thomas, Carla Thomas, The Memphis Horns, Wilson Pickett, Percy Sledge, James Carr, Dan Penn, Eddie Hinton, Sam Moore, Millie Jackson, Billy Preston and many other legendary names. In this edition, it will be the turn of champions of the genre such as Curtis Salgado, by now at home in the Apennines, Mitch Woods, Larry Springfield, Terrie Odabi and the Anthony Paule Orchestra, among others.

In 1992, Graziano Uliani was awarded honorary citizenship of Memphis for his contribution to the spread of soul music in Europe. Marco Giordano's docufilm “Soul Journey”, nominated “Best Documentary” at the London Independent Film Festival, was dedicated to the event.

Once again Metalcastello will be in the front row to experience from within the success of a great initiative by the municipality of Alto Reno Terme and the Apennines, and to be lulled by the music of the soul.