"THANKSGIVING" AT THE LIONS CLUB PORRETTA ALTO RENO: A PARTY OF FRIENDSHIP, CULTURE AND SOLIDARITY 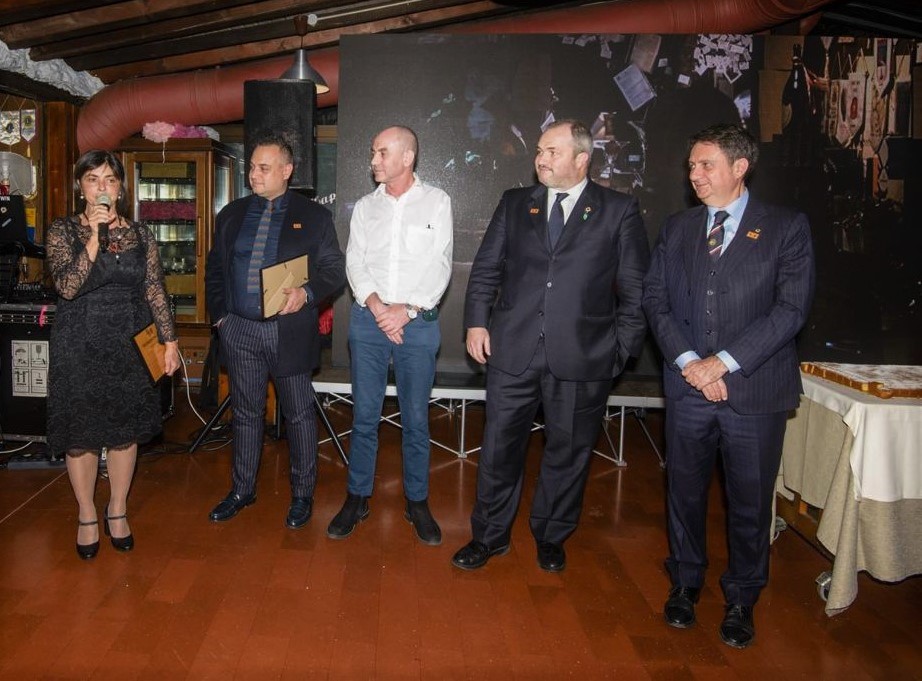 The Lions Club Porretta Terme Alto Reno, with the support of various clubs in the city of Bologna and many others belonging to Lions District 108Tb, organised a Thanksgiving Charity Dinner at the Antica Trattoria del Cacciatore, with the enthusiastic participation of many Lions members and representatives of institutions, associations and businesses operating in the area.

It was much more than a simple party: a journey through American culture, honouring the origins of Lions Club International, the largest service association at a global level, which has its roots in the United States. The evening was sponsored by Metalcastello, world leader in the production of gears for mechanical transmissions which has never broken its ties with the local area, and introduced by the President of the Lions Club Porretta Terme Alto Reno, Stefano Scutigliani. The guest of honour was Cristian Bertolini, Governor of Lions District 108Tb, which brings together the clubs of the provinces of Bologna, Modena, Parma, Ferrara, Reggio Emilia and La Spezia.

Like every Lions initiative, the event had a worthy social purpose as the entire proceeds were donated to two organisations involved in the fight against child abuse: one is Il Centauro (The Centaur), an association that manages Il Paddock stables in Bologna, which for over twenty years has been offering equestrian education for the recovery of minors at risk; and the other is La Casa sulla Roccia (The House on the Rock), an educational and welfare community for minors in difficulty based in La Spezia.

All in all, an evening of celebration, culture and music, inspired by the values of friendship, gratitude and spirit of service which are inherent in the spirit of Lions Club International.

Read the article published on "RenoNews.it"