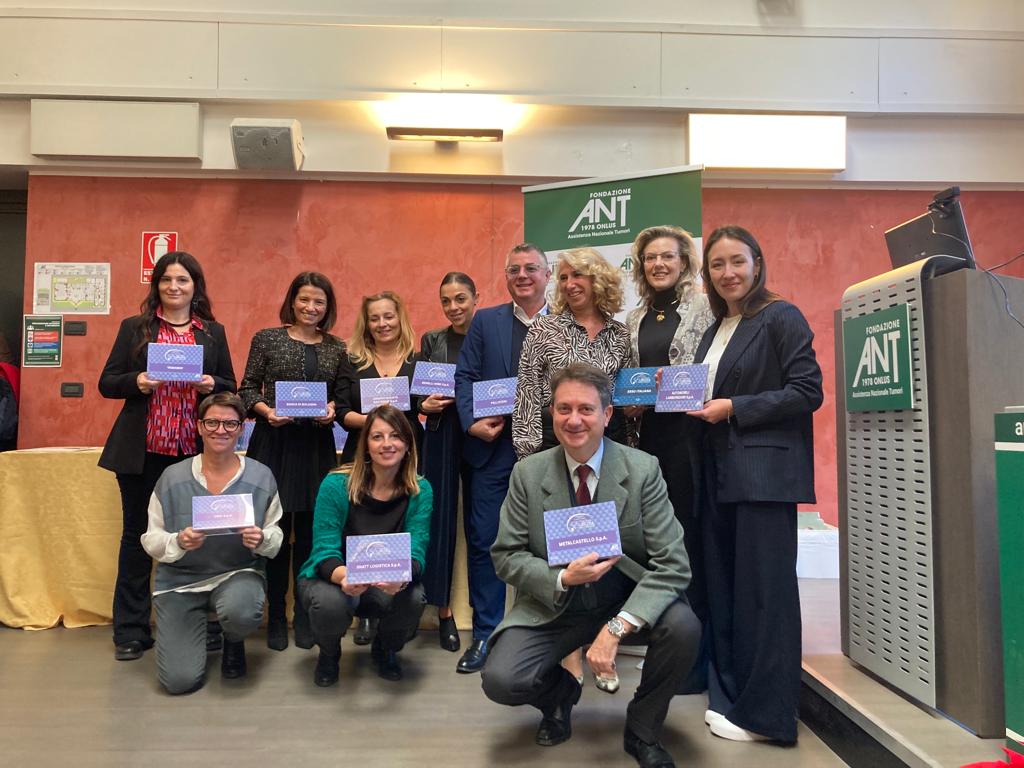 Metalcastello was also an enthusiastic participant at the fourteenth edition of the "Eubiosia Franco Pannuti 2022 Prize", a huge party organized by the Fondazione ANT Italia, the non-profit entity that since 1978 provides free specialist medical assistance to cancer patients at home, at no cost to the family. A special appointment as our company was one of the prize-winners for the support given to the noble cause of an organization that provides a service to those in need of delicate and essential care.

Stefano Scutigliani, CEO of Metalcastello, received on the company's behalf the award for the category "Prevention and Welfare", assigned "to those who support our commitment to home visits for the sick”, as explained by Raffaella Pannuti, President of the Fondazione ANT. Awards also went to other large companies, such as Crif, Esso Italiana, Pelliconi, Yamamay, Snatt Logistica, Banca di Bologna, Automobili Lamborghini, Benelli and Gruppo Società Gas Rimini.

“These have been complicated times, after two years of pandemic and now the energy crisis”, Pannuti continued, “but you are still here, bearing witness to both our commitment and yours. Love your neighbour is the message at the heart of our activities and you have demonstrated that you share it."

A special day, in view of the forty-fifth anniversary of a institution founded in Bologna and now active throughout Italy, with almost 200,000 people being assisted and an average of 2,891 visits per day over the last year. Metalcastello is proud to support the Fondazione ANT Italia in this fundamental activity of prevention and free assistance.